In the 2nd Kate on Vacation novella, Cruel Capers on the Caribbean, Kate, Skip and the Franklins take a Caribbean cruise. Their fictional cruise ship has an itinerary that would probably not happen in real life, but it was necessary to make the plot work. They leave from Tampa, Florida ( a common departure port) after having deposited the kids, Edie and Billy, with Kate’s parents.

(Note: Many of these photos are from my own cruise with my husband in the Caribbean, which took a similar route.)

First stop, after a Fun Day at Sea, is Cozumel, Mexico, and the nearby Mayan ruins at Tulum: 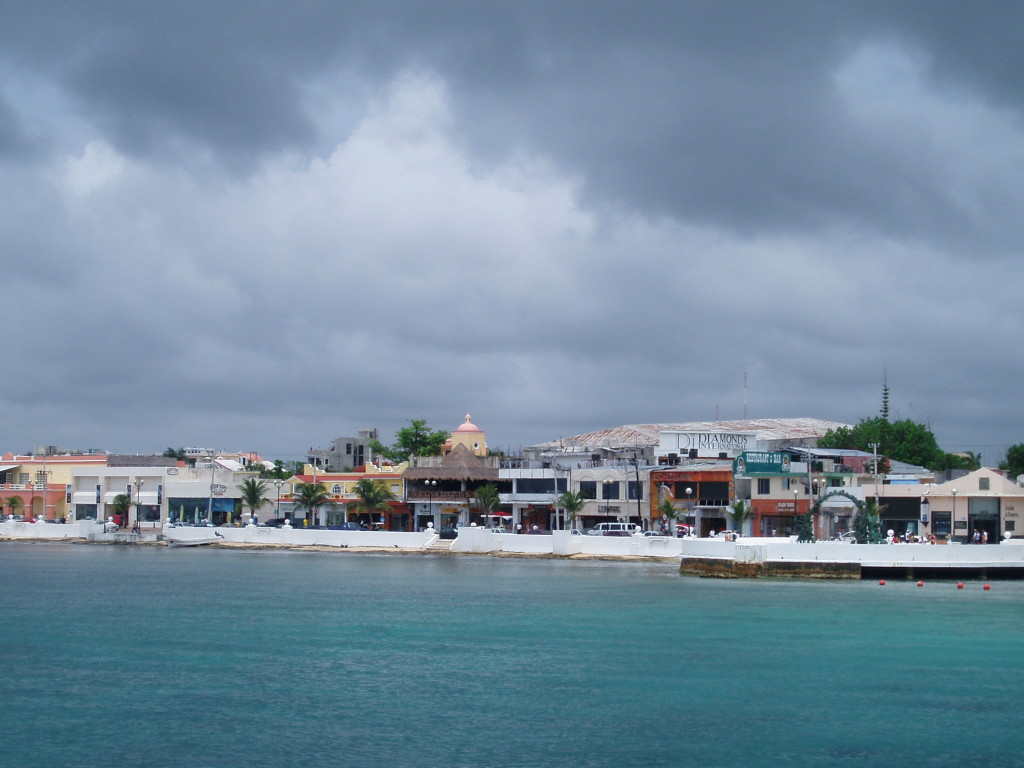 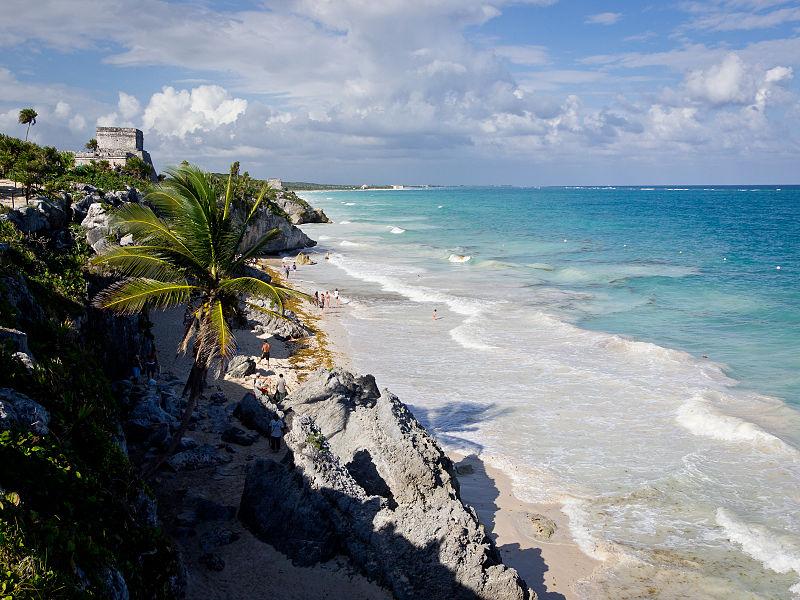 View of Tulum from the beach 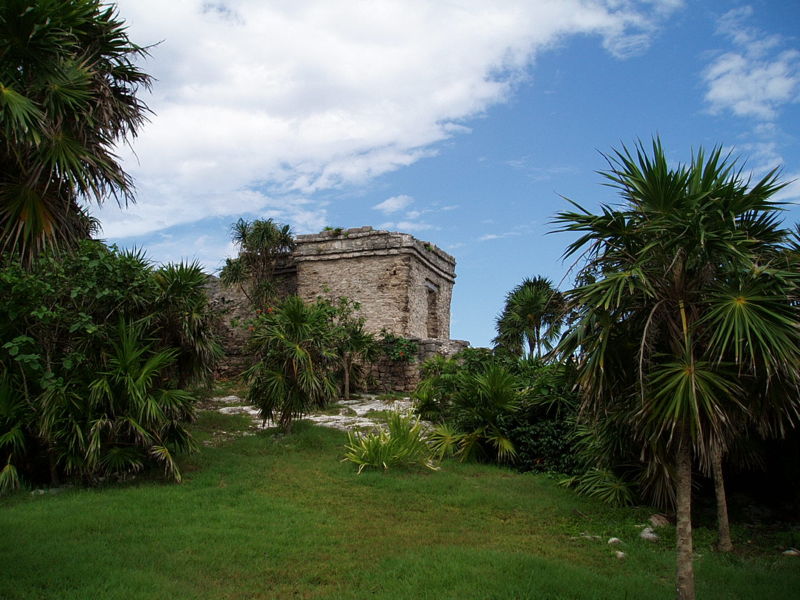 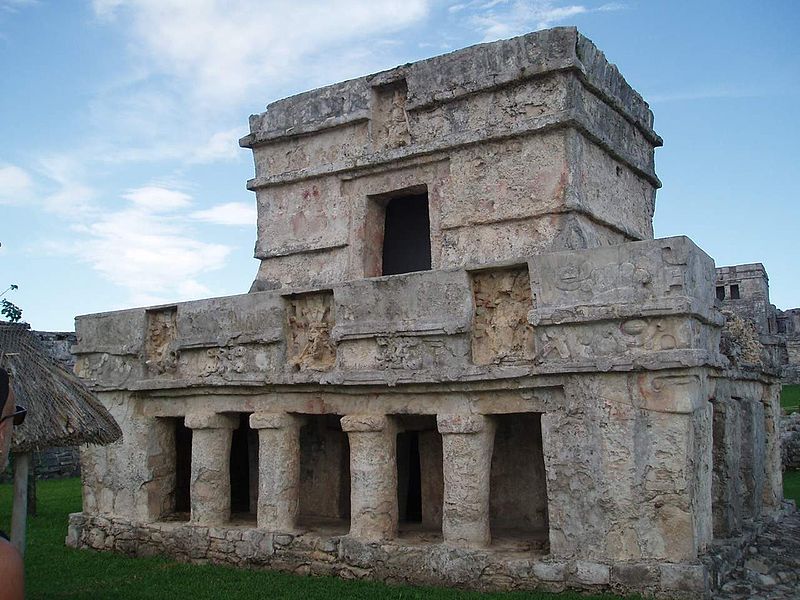 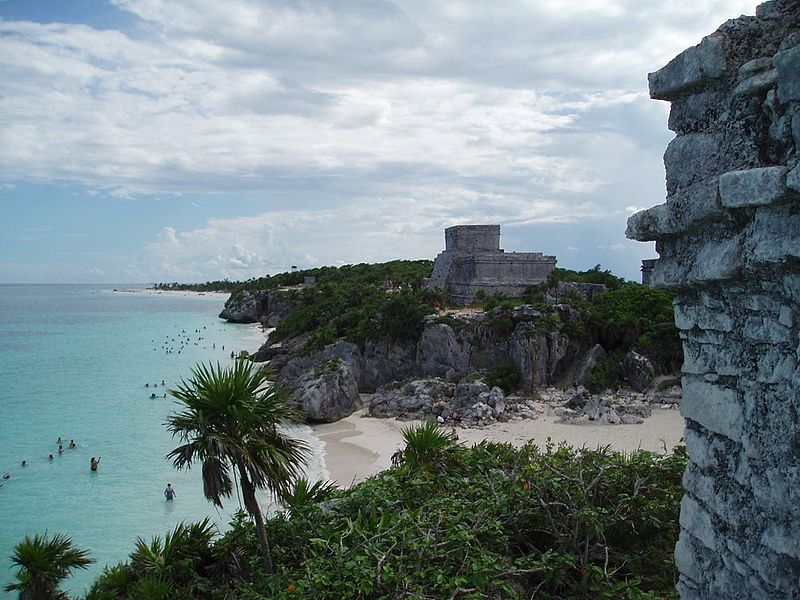 The next port of call is New Orleans. (In the real world, this used to be a cruise ship port of call; now some ships depart from New Orleans but I couldn’t find any that stopped there.) Kate is a bit preoccupied at this stop because the woman she and Liz befriended onboard the ship has been killed. 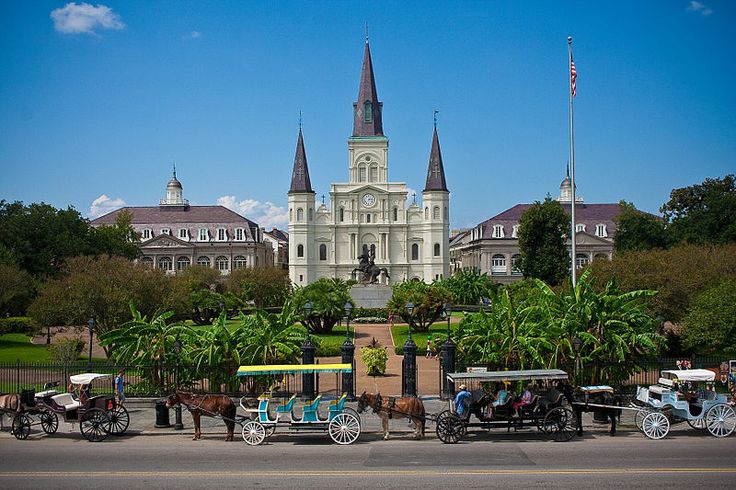 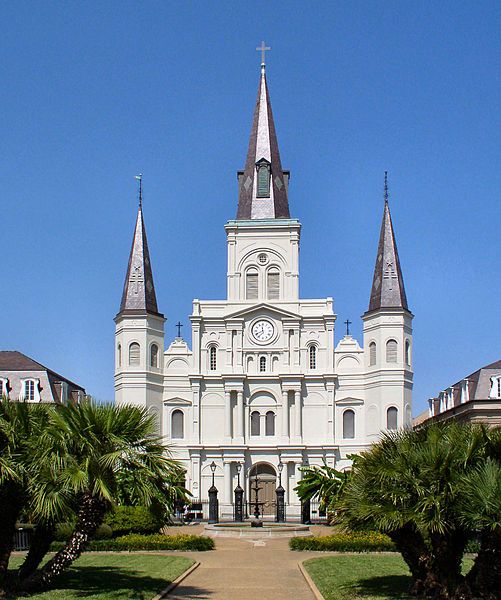 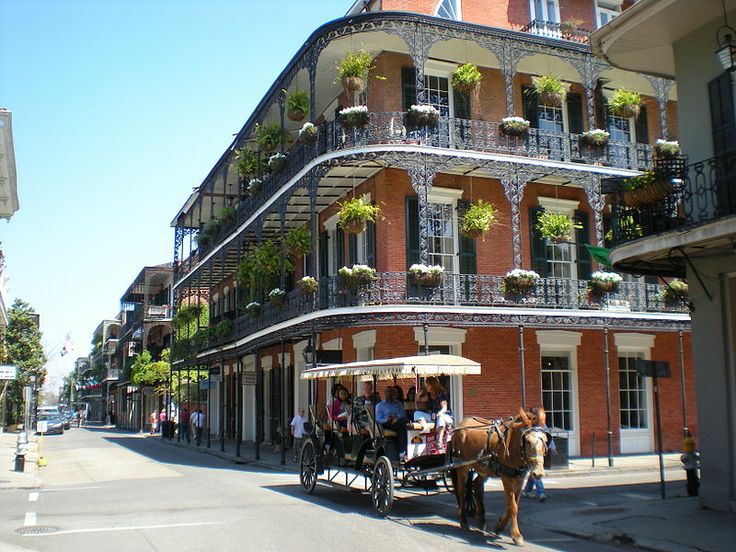 On Kate’s fictional cruise, the ship diverts from its original itinerary to go back to the Cayman Islands, since they were unable to stop there due to rough seas earlier in the voyage. In real life, if a ship has to bypass the Caymans, it doesn’t return. Again, I took literary license here for the sake of the story. And so I could entertain you all with tidbits about this port of call. 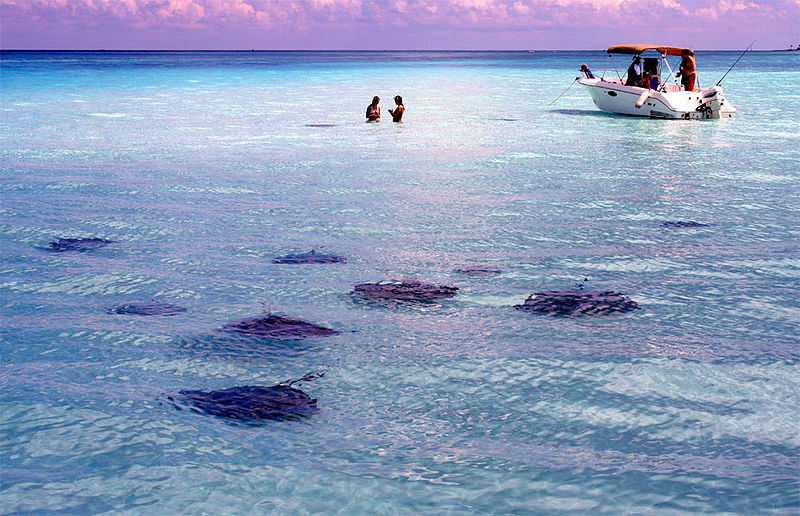 Kate and the gang go out to Stingray City to pet the stingrays. They feed them pieces of squid from their hands, and Skip actually rubs the bellies of a couple of the rays.

The last stop on Kate’s fictional cruise is Key West, Florida. Key West is a common port of call for cruise ships. But it’s doubtful that a real cruise itinerary would include two U.S. ports. Again, this was necessary for the story to work. 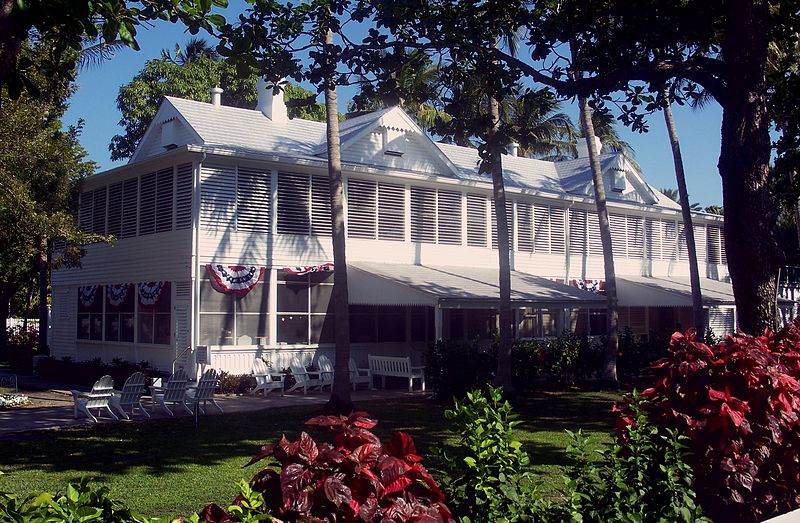 One cannot go to Key West without having your picture taken at Mile O, the southernmost point in the U.S. 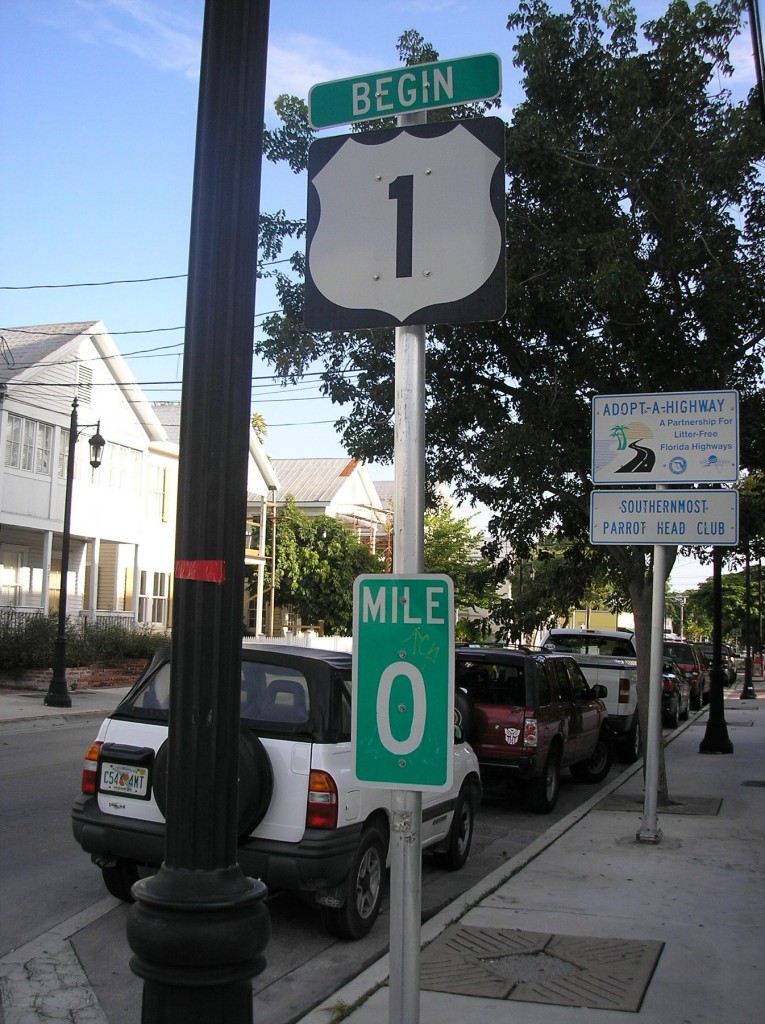 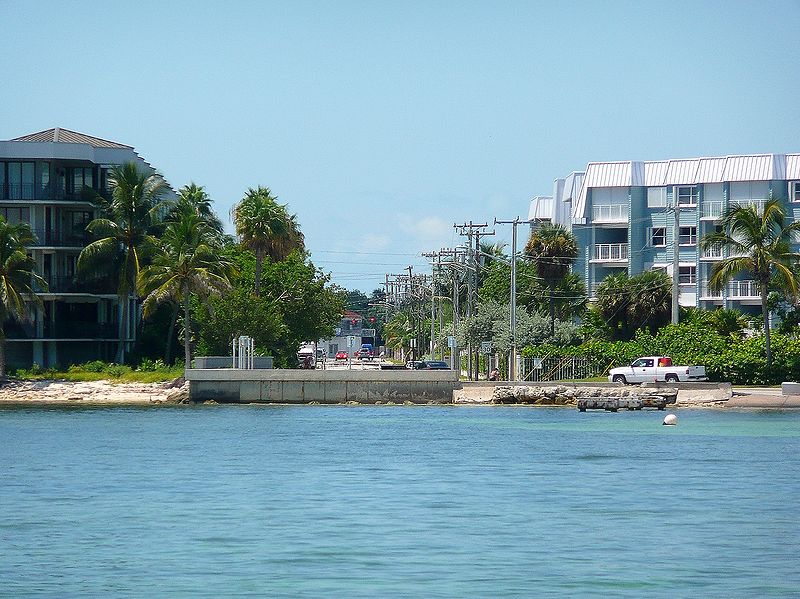 View from the water, the end of the road! (photo by Marc Averette CC-BY 3.0 Wikimedia Commons) 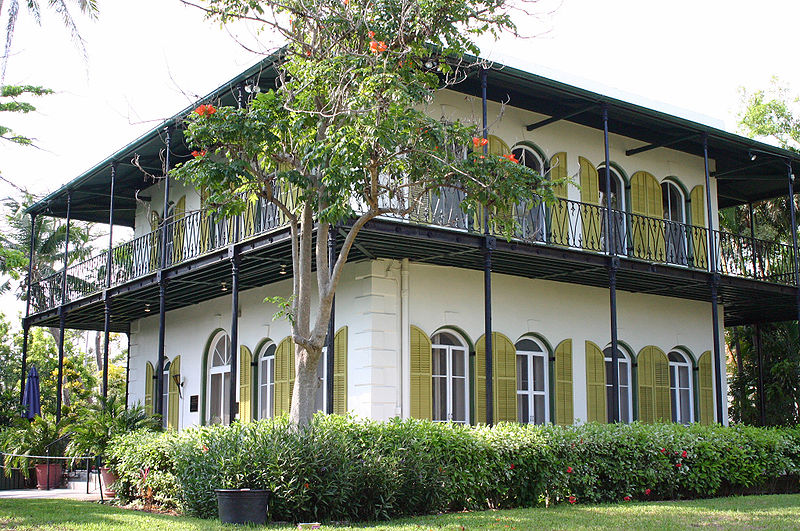 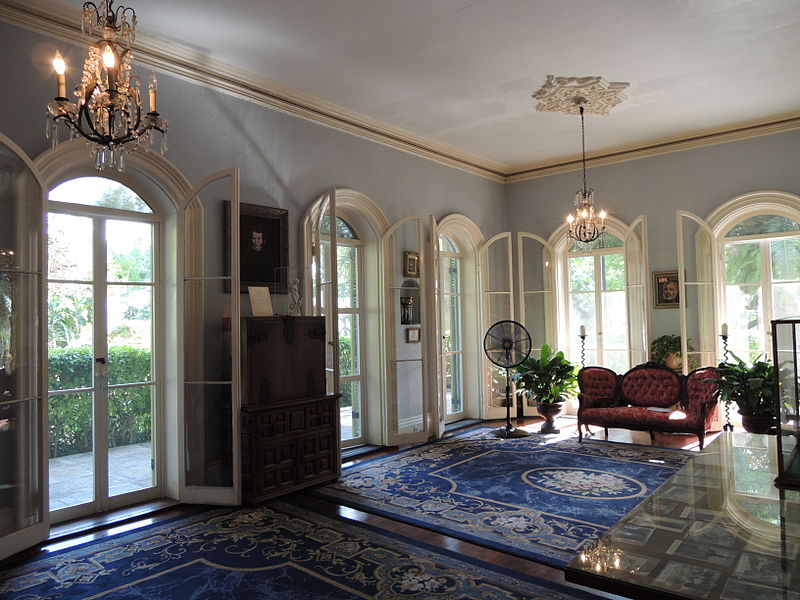 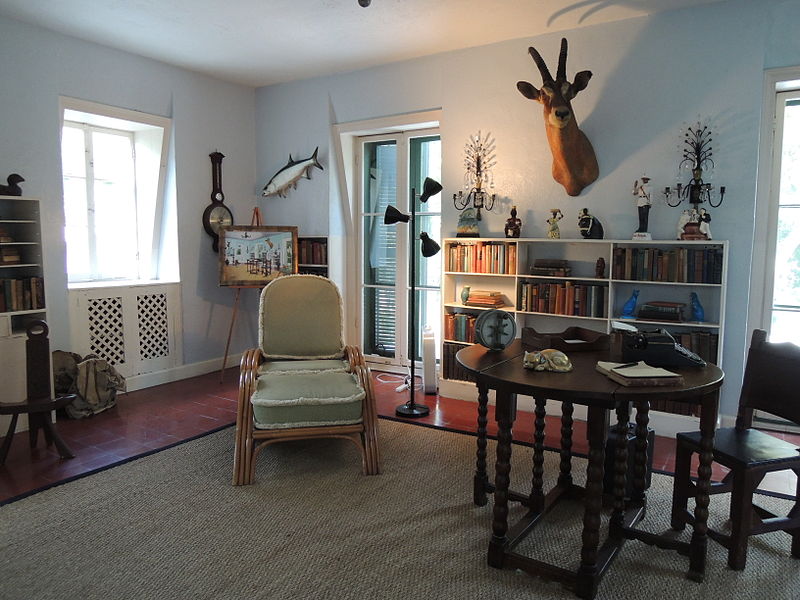 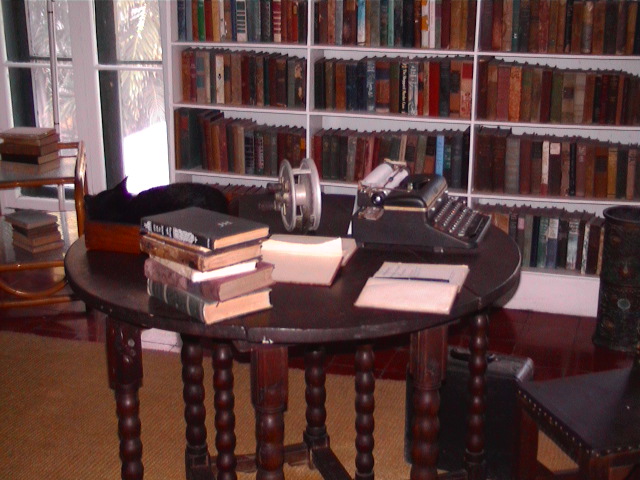 His writing desk; note the cat in the inbox (public domain) 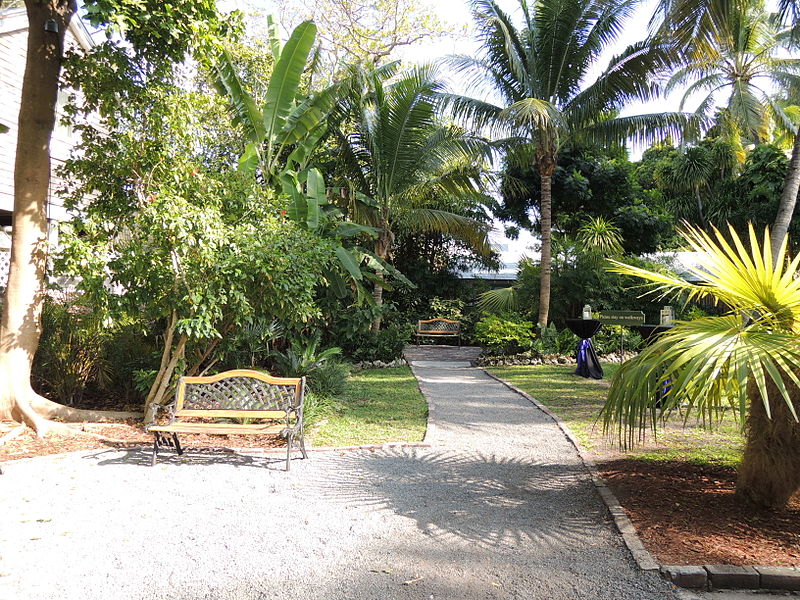 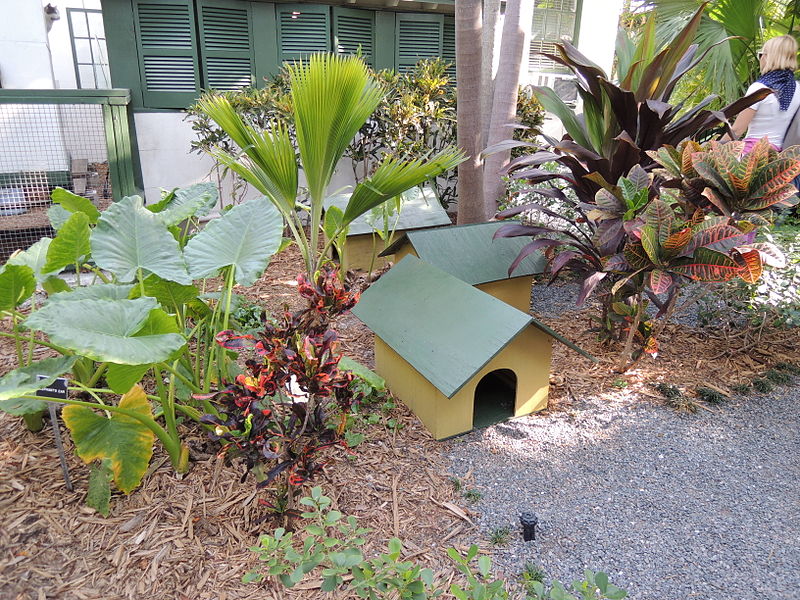 I’m assuming the little houses are for the cats. (photo by Abujoy, CC-BY 3.0, Wikimedia Commons) 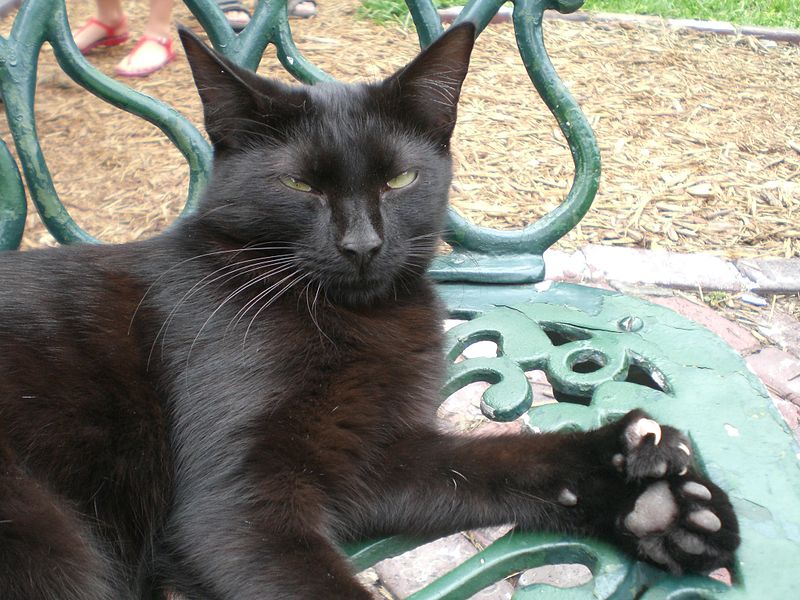 One of the Hemingway six-toed cats (photo by Averette at en.wikipedia CC-BY 3.0) 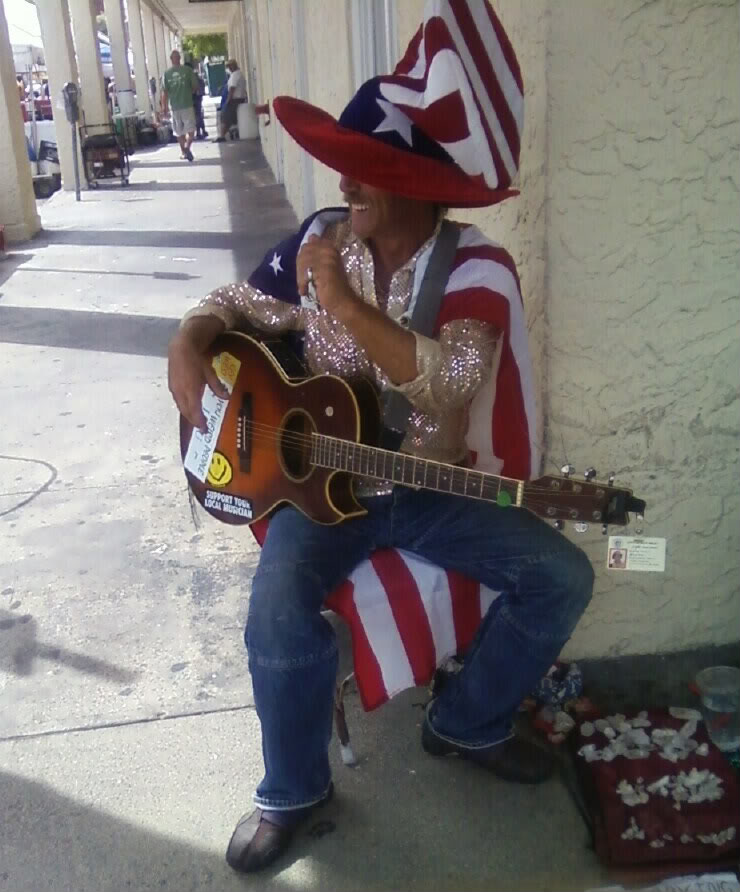 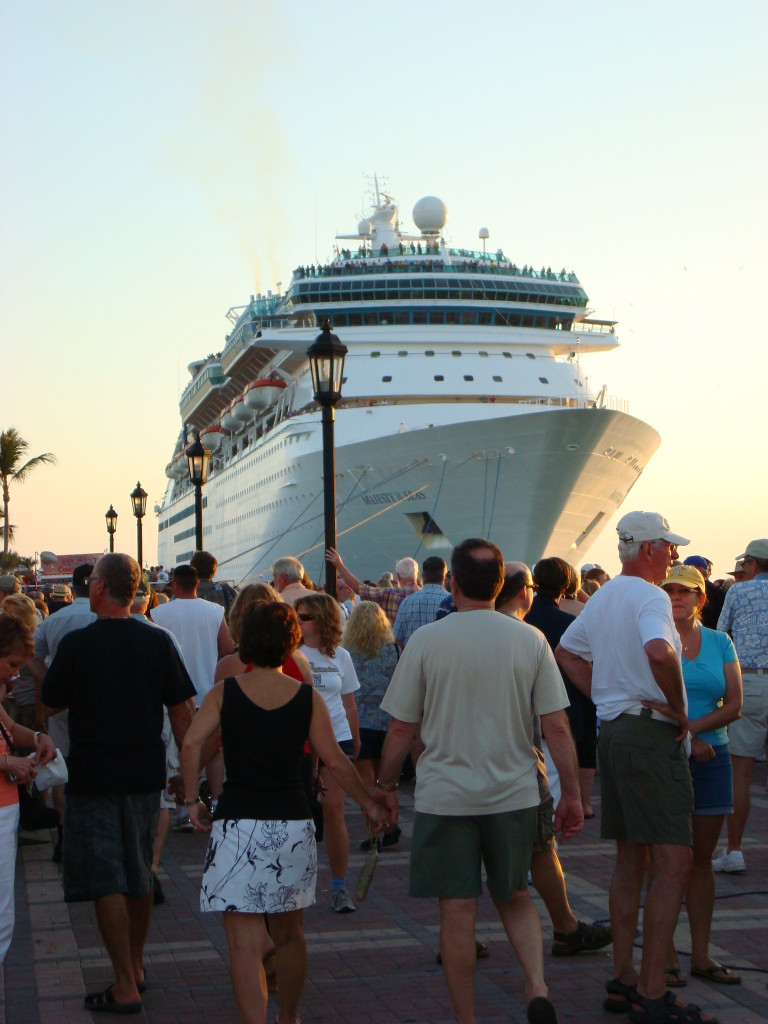 Headed back to the ship (photo by-CedarBendDrive CC-BY 3.0, Wikimedia Commons) 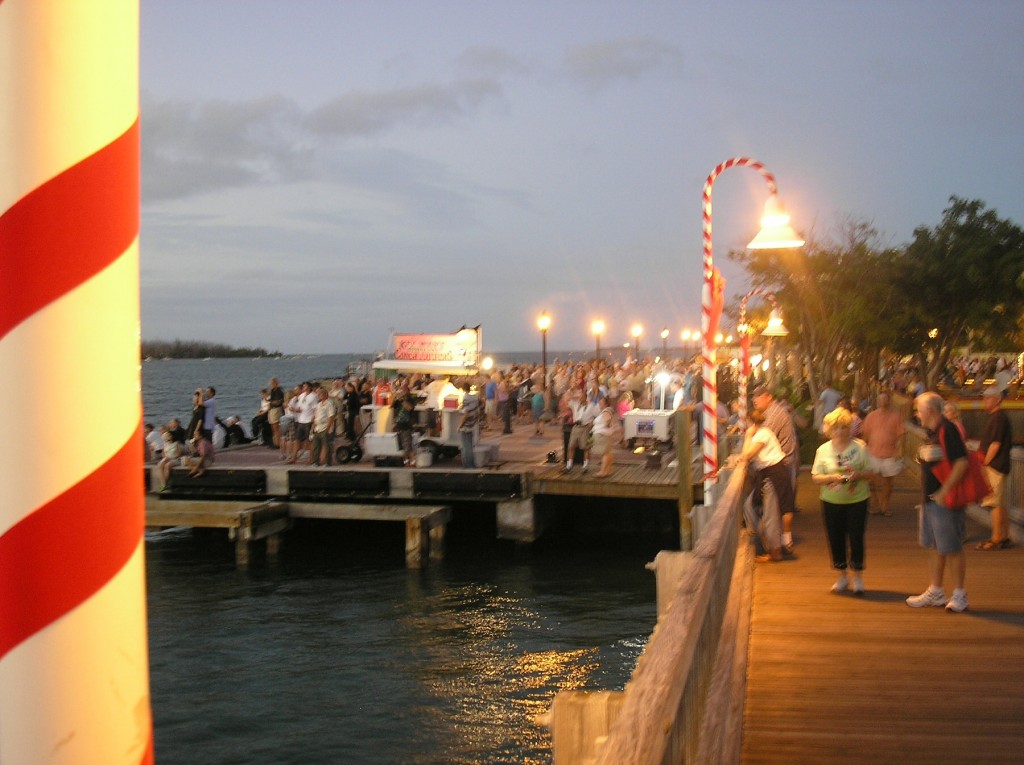 The locals and tourists gathering on Mallory Pier for the sunset (photo by Deror avi CC-BY-SA, Wikimedia Commons) 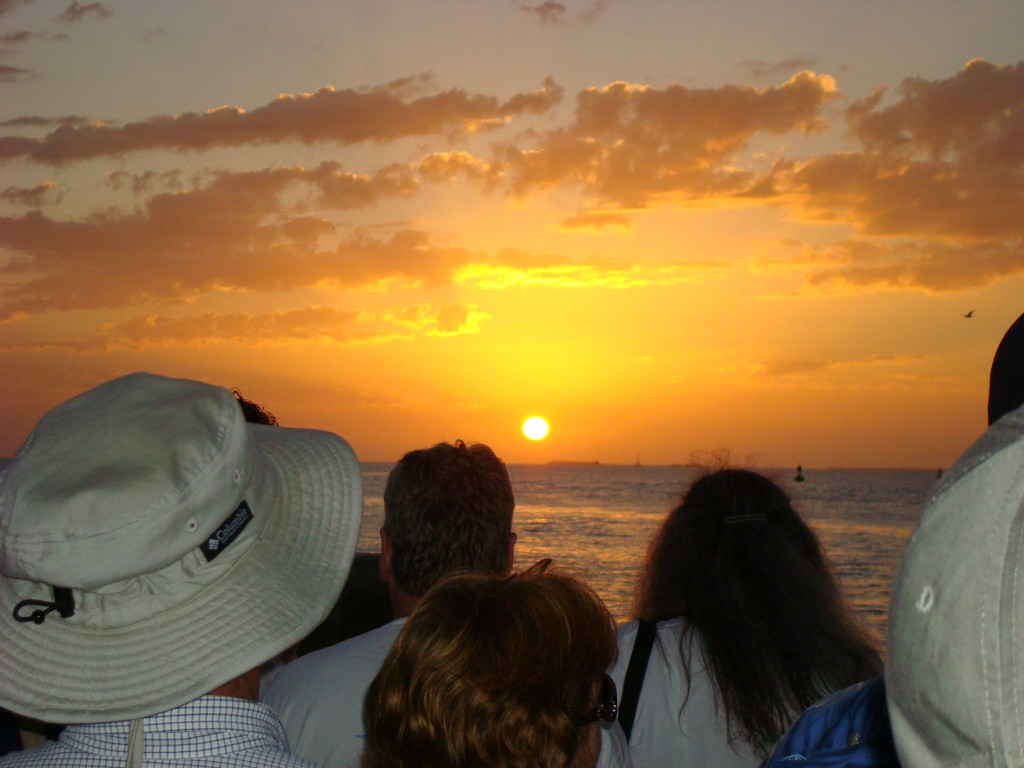 Wait for it! Here it comes… (photo by CedarBendDrive CC-SA 2.0 Wikimedia Commons)

And here it is… Sunset at Key West! 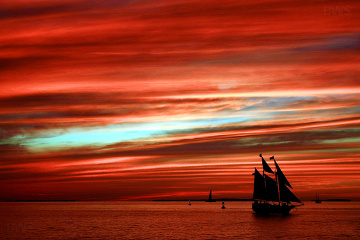