How did it get to be July already? I hope you all are having a good summer.

Here’s some summer reading for you. Unfortunately, I couldn’t find any good free or 99 cent books this past month, but two of these are $2.99 (or free on Kindle Unlimited). 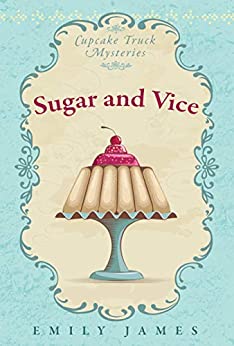 Isabel Addington is hiding from an abusive husband and trying to make a living selling cupcakes from a food truck. But both her living and her life are in jeopardy when the old man whose 100th birthday party she’s catering drops dead.

I’m familiar with this author, and her ability to develop characters and settings is remarkable.

But I wasn’t completely enthralled with this protagonist at first. She’s got a hard shell, which of course she has come by honestly. And her situation requires that she move frequently, to stay one step ahead of her abusive husband, so what’s the point of making friends, right?

But I really liked the unusual premise of a cozy’s main character escaping abuse and felt a good bit of sympathy for her.

And as the story unfolds, the handsome local detective—who starts out convinced she is the murderer—along with his adorable young niece begin to worm their way past Isabel’s defenses.

I have read all five books in this series, totally enjoying the evolution of Isabel from closed-off and defensive to fiercely loyal and protective of those she loves. The series ended way sooner than I would’ve liked.

I give Sugar and Vice and the rest of the series 4½ fingerprints. 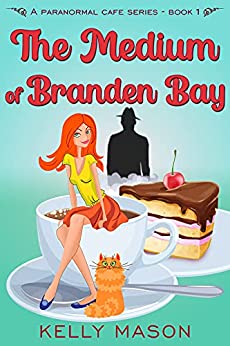 (Note: I’m not crazy about this cover; I think it makes the story seem frivolous, which it is not.)

I’m not a huge paranormal fan but I do love a good ghost story, and this one is very good indeed. Set in a lovely seaside town in southwest England, it has a touch of humor, some quirky characters, a likeable protagonist and the requisite cat.

Smarting from a relationship gone sour, Becky James moves to her grandmother’s old house for the proverbial fresh start. But she discovers she’s inherited more than the Beach House and Grandma’s love of baking—she can also see ghosts. And her house is full of them.

Soon she is caught up in trying to solve a murder and the disappearance of a young girl.

With some interesting twists, this fun story left me wanting to read more about Becky and Branden Bay.  Book 2 is patiently waiting for me on my kindle.

I give The Medium of Branden Bay 4 fingerprints! 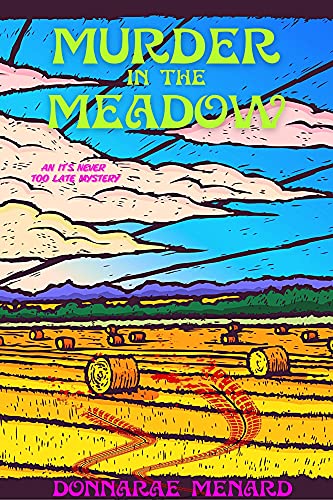 (Again, not crazy about the cover; but this book is traditionally published, so the publisher picked it.)

Grandmothers and inheritances seem to be a theme this month. Only in this book, the main character, Katelyn Took has inherited a dilapidated farm, seventeen cats, and an addled old woman she has never met before.

All Kate wants is to sell the place and get back to her own life, which is definitely not in the hometown she fled ten years ago. But there are a few complications. One, a stipulation in Gram’s will says she has to live on the farm until homes are found for all the cats. And two, it’s looking like Gram’s death in the meadow wasn’t an accident!

The plot is interesting, but the characters are the best part of this story. Some of them are quite quirky (especially the four-legged ones), but mostly they are very real. More than once I felt like I was sitting at the kitchen table with Kate and Ruth (the confused old lady) trying to figure out how to make ends meet.

I give Murder in the Meadow 4½ fingerprints.

(You can also order the paperback HERE and support your local bookstore!)

That’s it for now, folks! Don’t forget to preorder my new book, To Bark or Not To Bark.