I’m starting a new feature here, reviewing books I’ve read that I really liked, with an emphasis on first-in-series stories that are either permafree or $0.99.*  Although there will often be an additional recommendation for a book that is full price but I believe is well worth it.

(*Note: these books may not stay free or 99 cents, as I have no control over their prices.)

So here we go: 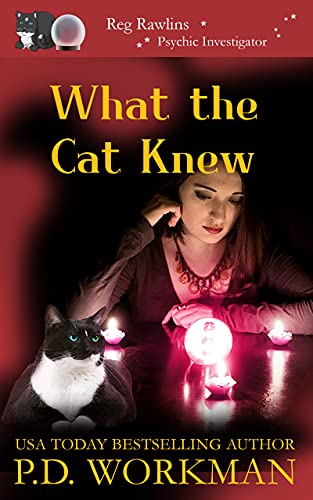 I only like a certain kind of paranormal mystery, one that uses the paranormal aspects as a spice. I like the “meat” of the dish to still be the characters and the storyline, the mystery itself. In What The Cat Knew, PD Workman serves up a gourmet dish exactly to my tastes.

Former foster kid and master con artist, Reg Rawlins has found a sweet setting, she thinks, for her latest con, pretending to be a medium who can contact dead people. Black Sands is a community particularly accepting of the paranormal. But she soon discovers that she’s out of her league in the realm of magic.

Her own disbelief in her powers helps to make Reg a three-dimensional character and actually lends credence to the paranormal events that unfold. Slowly she is drawn into the mystery of the dead man who doesn’t believe he’s dead and his desperate wife who only wants some sense of what really happened so she can grieve.

And slowly Reg is drawn into the Black Sands community, which includes her good-witch landlady Sarah, the not as likeable leader of Sarah’s coven, and the mysterious and perhaps dangerous warlock who seems bent on seducing her. And in the end, she discovers even more unlikely members of their paranormal circles.

And then there is Starlight, the rescue cat who always seems to know what’s going on before Reg does, and tends to communicate it with unsheathed claws.

A highly entertaining book and a great lead-in to a new series for me, I give What the Cat Knew five fingerprints, and I’ve already purchased Book 2! 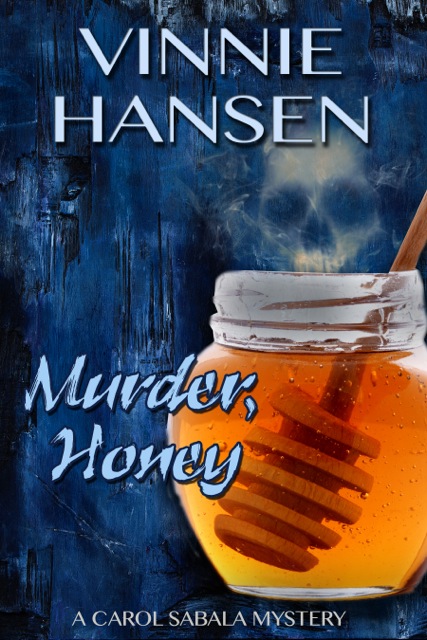 This is not my favorite of Vinnie’s series, but it’s still quite good, and it’s Book 1 and it’s free (except on Amazon where it’s 99 cents; the Zon is resisting price-matching it). My faves in the series are Death with Dessert and Black Beans and Venom, but the whole series is good!

Carol Sabala is a flawed heroine, with a slightly shaky marriage, an adorable cat named Lola, and a boss she hates. When said boss ends up face first and dead as a doornail in Carol’s cookie dough, she—along with her coworkers at the swanky restaurant where she’s a baker—is a prime suspect.

Over the course of this series, Carol realizes she prefers solving mysteries to baking sweets, and the series evolves along with her, from cozyish to cozy noir, as she trains to be a private investigator.

And the author’s writing improves from very good to excellent (as is often the case with first series by good authors).

I give Murder, Honey four fingerprints and the series as a whole an enthusiastic five fingerprints!

And a Special Recommendation, a debut novel that is Free in Kindle Unlimited or $4.99 to buy (and well worth it!) 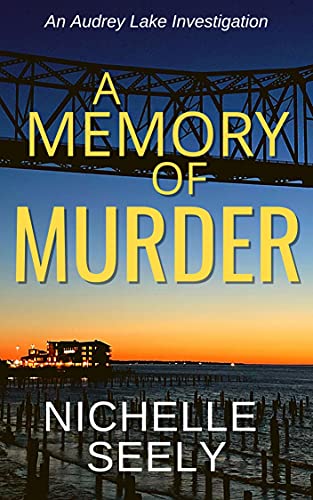 A Memory of Murder, Audrey Lake Investigations #1 by Nichelle Seely

Audrey Lake has moved to Astoria, Oregon, after her career as an undercover cop in Denver has gone down the drain. Piece by piece, she’s trying to rebuild her life, but recurring visions of a woman being attacked and forcibly drowned are scaring the bejeesus out of her. She’s terrified that she’s losing her mind, until the same woman who appeared in her vision is regurgitated by the Columbia River.

What ensues is a struggle to maintain her sanity as her own investigation parallels that of the local police, and gets her in trouble with them more than once.

This tightly written and intense story is way better than most debut novels I’ve read. I give it five fingerprints without hesitation. Totally worth the price if you’re not in KU.

And that’s it for this month. Stay tuned for more Delightful Deals and Reading Recommendations!