Yay!! Book #13, the holiday novella that completes the Marcia Banks and Buddy Mysteries, is here!!

Available for Preorder now. Just 99 cents during Preorder; goes up after it releases on January 31, 2023. 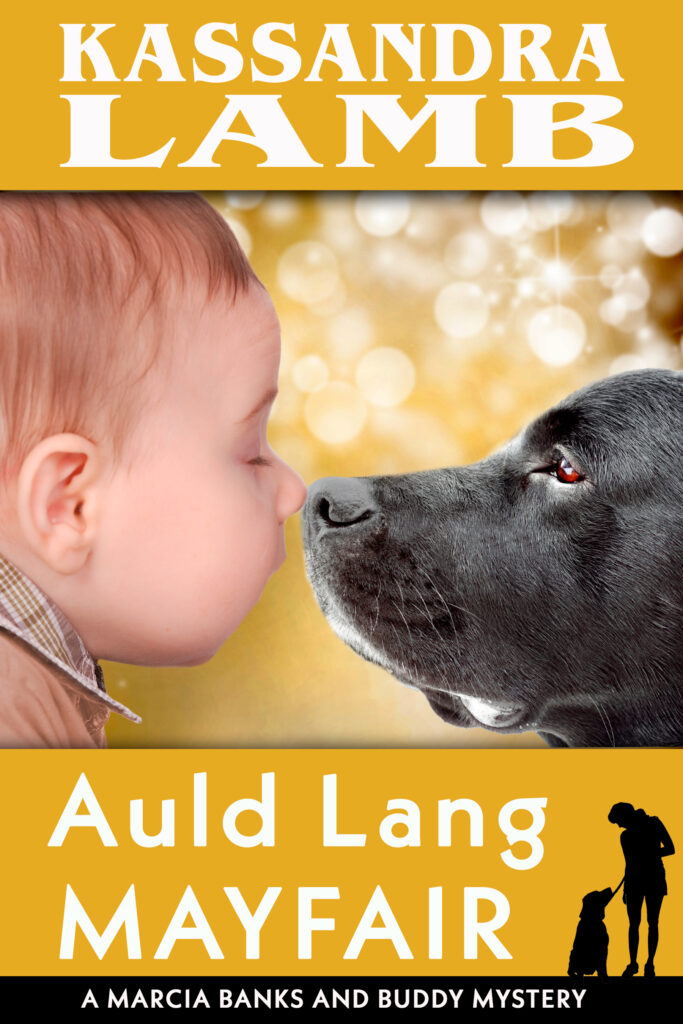 Should auld acquaintance be forgot…

The last year has been eventful for Marcia and husband Will. They’ve successfully launched their private investigation agency and completed their family with an adorable but creatively energetic baby girl. Now, they’re about to ring in the New Year with friends and neighbors.

But there’s something more than champagne bubbling in Mayfair, Florida.

The octogenarian matriarch of the town is always looking for ways to boost the community’s economy. Her latest scheme is the addition of a row of shops along Main Street. But a few of her new tenants have something more nefarious in mind than simply selling their wares.

When old hostilities set off New Year’s fireworks, a shopkeeper ends up dead, and two friends of Marcia’s are prime suspects. Determined to clear them, Marcia and Will—with Buddy’s help, of course—set out to uncover the real Grim Reaper.

Reserve your copy now! Only 99 cents during Preorder!