To Bark or Not To Bark is Live!!

To Bark or Not To Bark, A Marcia Banks and Buddy Mystery, #12 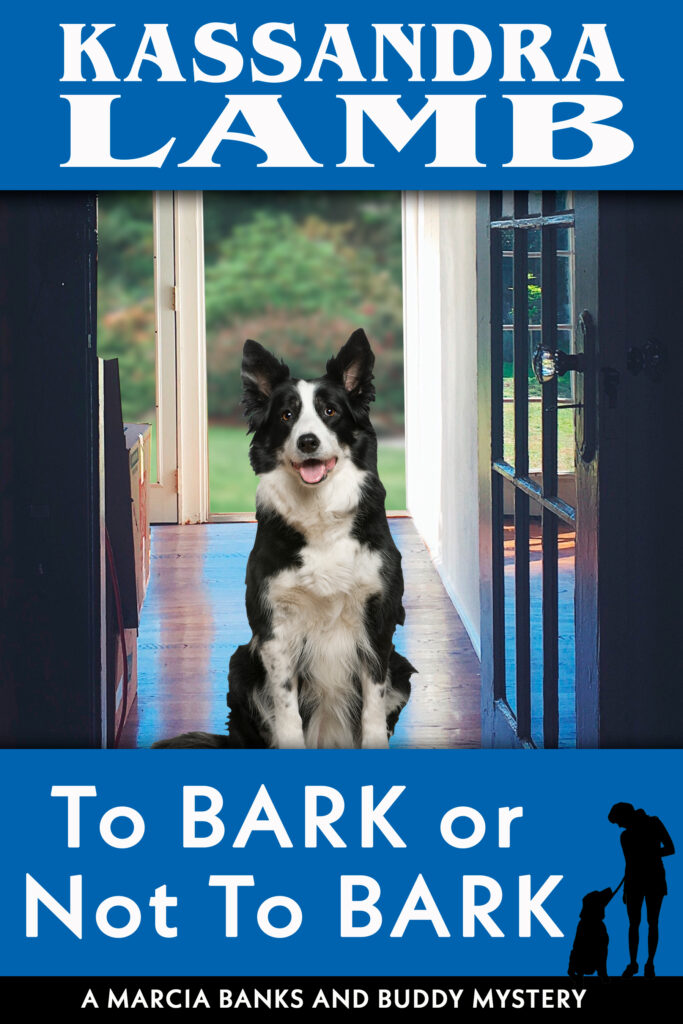 Service dog trainer Marcia Banks tackles a locked room mystery in a haunted house, while training the recipient of her latest dog.

The border collie, Dolly has been trained to clear rooms for an agoraphobic Marine who was ambushed in a bombed-out building. But the phantom attackers in his psyche become the least of his troubles when Marcia finds his ex-wife’s corpse in his master bedroom, with the door bolted from the inside.

Was it suicide or murder? Marcia can’t see her client as a killer, but the local sheriff can.

Then the Marine reports hearing his ex calling for him to join her on the other side of the grave. Is his house really haunted, or is he hallucinating?

Bottom line: Marcia has lost a client to suicide before. She’s not going to lose another!