Patches available for Preorder, and A Buddy Contest!!

Patches In The Rye, A Marcia Banks and Buddy Mystery #5:
.

Nothing about her new client is what service dog trainer Marcia Banks expected—from the posh house that says family money to his paranoid preoccupation with his sister’s love life—but when he dangles a thousand dollar retainer under her nose, she can’t resist his request to play private detective.

In between training sessions with her client’s new service dog, Marcia learns the sister’s boyfriend has a sketchy past. He seems to have turned over a new leaf, but as she digs deeper, more disturbing and confusing questions arise. How is a disastrous frat party five years ago linked to blackmail, prostitutes, and murder today? And who is behind the wheel of the black SUV that keeps trying to turn Marcia and her canine companion Buddy into roadkill?

Marcia can’t let it go, not when there are innocents at risk who are depending on her to find the truth. But the deepest, darkest truth is one she wishes she never uncovered.

AND I’m doing ANOTHER CONTEST, to celebrate the new release!

Click HERE to enter now* (Password is Buddy)  to win THREE signed paperbacks, one of each of the first three books in the Marcia Banks and Buddy Mystery Series! PLUS, a dishwasher magnet, a mouse pad, and an 8″ stuffed Black Labrador (for the child in your life, or the child within you!). 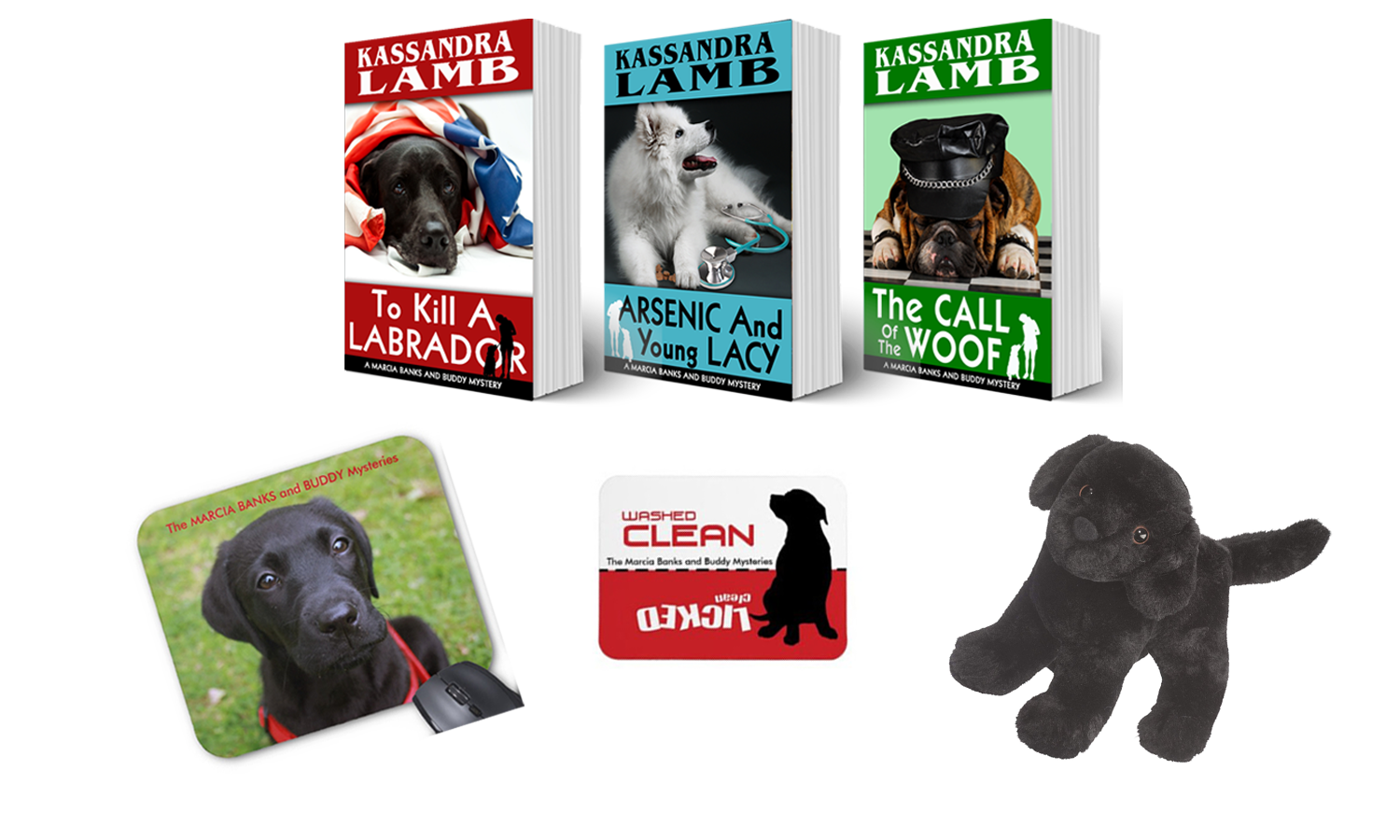 *U.S. residents only; international winner will receive ecopies of the books and a gift certificate worth the equivalent of $15 US dollars.