I am so thrilled to announce that that this new series is finally HERE!! Woohoo!! *dancing around room*

Available for JUST $1.99 while on preorder!  Goes live on April 10th (price will go up shortly after that.)

To Kill A Labrador, A Marcia Banks and Buddy Mystery #1

Marcia (pronounced Mar-see-a, not Marsha) likes to think of herself as a normal person, even though she has a rather abnormal vocation. She trains service dogs for combat veterans with PTSD. Then the ex-Marine owner of her first trainee is accused of murdering his wife, and Marcia gets sucked into an even more abnormal avocation–amateur sleuth.

Called in to dog-sit the Labrador service dog, Buddy, she’s outraged that his veteran owner is being presumed guilty until proven innocent. With Buddy’s help, she tries to uncover the real killer. Even after the hunky local sheriff politely tells her to butt out, Marcia keeps poking around. Until the killer pokes back… 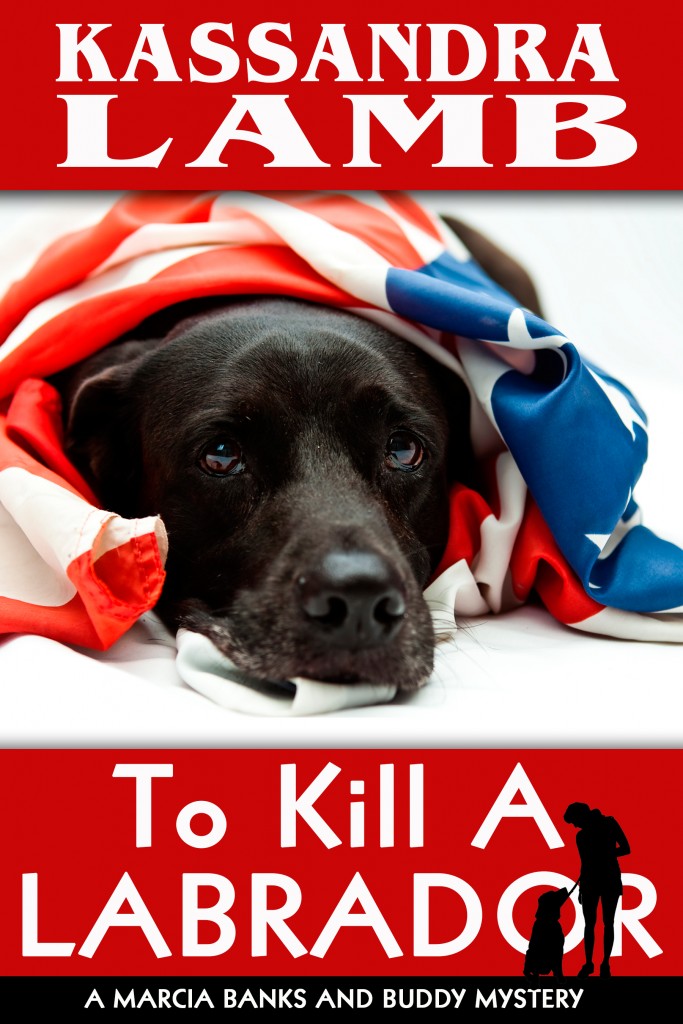 (I love this cover!)

Now available, for just $1.99 during preorder and launch, on: